Do you want to know the future value of Devanahalli Bangalore?

Bangalore's rise as India's "Silicon Valley" has been widely discussed. This city, formerly famed for its calm climate and natural beauty, is now the most prominent hub of the Indian IT sector, real estate market and significant governmental organisations and entrepreneurs. Numerous job opportunities drew many individuals to the city, which nearly quadrupled in population between 2001 and 2011 and has continued to grow.

When purchasing a plot, it is critical to select the area carefully. The neighbourhood must have all of the necessary services and modern infrastructure. In light of this, Devanahalli in Bangalore, mostly made up of planned projects, might be an excellent place to look for residential plots. Devanahalli, on Bangalore's north-eastern outskirts, is around 40 kilometres distant.

Various infrastructural projects are in the works, and there is plenty of open space and several technological businesses, schools, malls, and hotels in the region. Therefore the area is fast expanding. However, before buying a residential site in Devanahalli, you should know a few things to confirm the future value of the place:

The National Highway (NH)-44 (Bellary Road), NH-648, and the Devanahalli Railway Station are among the well-built highways and rail linkages that connect Devanahalli to various parts of Bangalore. Devanahalli is also a focal point for several development initiatives.

The current Phase, 2B extension of Namma Metro Line 4 to Kempegowda International Airport and the Devanahalli Business Park with two IT parks near the airport (14 km), are two notable developments that will significantly enhance the region's real estate landscape. 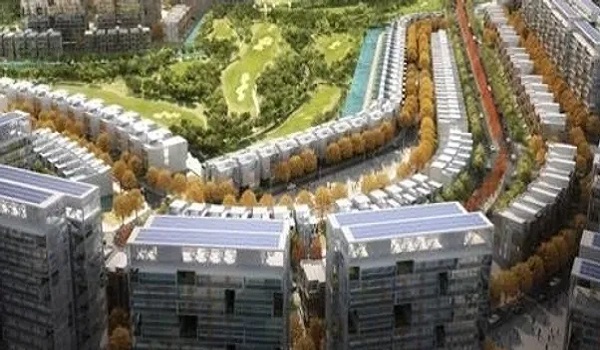 Devanahalli has piqued the interest of both the government and private investors, with significant investments made on a war footing. Devanahalli is also bordered by a ring of neighbourhoods and thriving IT parks. The KIADB Aerospace Special Economic Zone (SEZ) and KIADB IT Park, and the future BIAL IT Investment Region will help Devanahalli grow into a significant employment centre.

Devanahalli has piqued the interest of both the government and private investors, with significant investments made on a war footing. An aerospace SEZ and a hardware park are currently operational, and the BIAL IT Investment Region (ITIR), a gigantic IT park, is in the works.

These initiatives will combine to make Devanahalli a key job magnet, positioning the town as a viable option to the city's ever-growing population. Because of this, more demand for houses in this town will come in shortly.

When looking for a place to live, you should consider the apartment and project itself and the surrounding area to check if it includes schools for your children, health care facilities in case of an emergency, malls and markets for your shopping needs, and so on. These amenities should preferably be close to your property and fully operational.

Gnana Deep Academy Residential School, Oxford English School, Akash International School, and hospitals like Leena Multispeciality Hospital and Akash Hospital exist in Devanahalli. It has a D-Mart, and there are plans for many additional commercial malls. The Padukone-Dravid Sports Excellence Centre is also an attraction that attracts all sports enthusiasts to Devanahalli.

Find Your Dream Residence in Devanahalli

It's critical to set aside money for your plot. On average, residential properties in Devanahalli cost approximately Rs 28,000 per square yard. From Rs 20,600 per sq yard in 2019, site costs have risen by nearly 30%. A lot of residential projects have raised their heads in Devanahalli already. Moreover, many upcoming projects give shelter to people looking for a residence in the heart of Bangalore. With rich amenities and social infrastructure, Tata One is getting ready to welcome people to Devanahalli. Book your apartment right now to secure your future.